When I’m bored, I play a game called Slither.io.

In basic terms, you’re a snake. And you chase around glowing balls, eating as many as possible. As you consume the objects, you grow bigger and bigger and bigger. But you need to keep gorging to survive. Otherwise, well, you don’t last.

In political terms, Dana Rohrabacher has turned himself into the snake, and Twitter posts are his balls. Throughout June and July, the soon-to-be-retired congressman kept Tweeting out his recent moves and deals. For example … 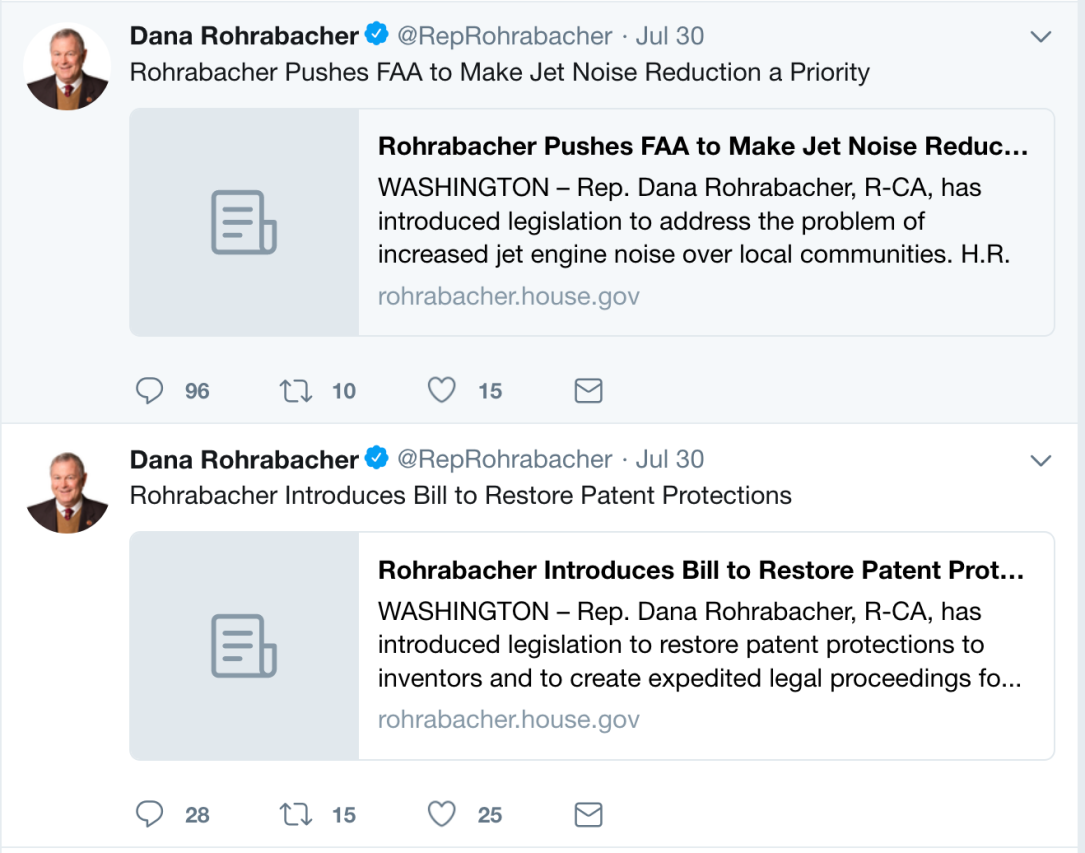 Only, here’s the thing: It’s all nonsense.

Rohrabacher has been in office since 1989, and he’s done insanely little to justify his salary, his status, his perks. I’m not just saying that as the liberal purveyor of this since. Throughout his entire career. Rohrabacher has sponsored four bills that were passed. Four.

So what’s a congressman to do when he has no record? Create a record on the quick. Make it seem like he’s doing a lot. Look! I’m a busy guy with a busy calendar! Just check on these Tweets! Busy, busy, busy!

Well, don’t fall for it.

What we have is a nervous politician facing a uniquely strong candidate in Harley Rouda.

What we don’t have is a capable representative.